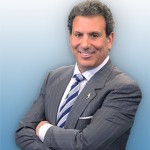 Phil Cannella • Phillip Cannella Lawsuit News: Phil Cannella Lawsuit fights for Freedom of Speech. It is evident that publishing something another might construe as an insult could be dangerous to one’s own survival. Hence, what some people do is publish under fictitious names in order to remain anonymous. The First Amendment does provide for that, but fortunately, living in a civilized country the law also provides for avenues of recourse if one is a victim of a hate or defamation campaign.

In Phil Cannella’s situation, the author decided to remain anonymous. Phil Cannella filed a lawsuit claiming that the content that was posted was an infraction against the First Amendment because the content was based on lies and sought to malign him through a carefully crafted defamation campaign. The lawsuit was very delicate for judges have to differentiate between protecting a person’s First Amendment rights and coming down on those who seek to destroy by weaving a morass of lies.

Through a protracted legal battle Phil Cannella came face to face with the author and discovered the person’s identity and motives. The individual involved apparently had a personal vendetta to settle and had teamed up with some competitors in the industry who were envious of Phil and his success and sought to tear him down.

The first legal success came when the judge demanded that the anonymous individuals behind the attack present themselves in court to prove the truthfulness of their statements. Being anonymous though, there was no way of serving them and the judge approved that the defendant be served via email at a known email address. Hope of coming face to face with the instigator was short lived however when no one showed up within the allotted time frame.

It was then that the second legal success occurred and Phil Cannella was handed default judgment in his favor with the presiding judge issuing a permanent injunction against the defamatory website.

Standing up for one’s rights takes courage and stamina, both of which Phil Cannella has in abundance and he wasn’t about to stop there as his interest went beyond just himself . Phil Cannella wanted this ruling to benefit others who were in similar positions. And so Phil pressed on with the legal battle to bring the sinners to justice.

The third success came as subpoena results from numerous entities such as Yahoo, Google, Facebook, Twitter, WordPress and others came forth with varying identifying information concerning the anonymous people. Even the world of the internet has cracks which enable one to discover the source and identities of anonymous people posting online. With these subpoena results the names of the primary instigators came back.

With the identity of the author of the defamatory content known, the game changed as the lawsuit suddenly was no longer against a “John Doe” but against an individual with a name. In a last ditch effort to protect themsef, the defendant claimed they had never received service to begin with and so should not have judgment ruled against them.

If one is going to make such a claim then one had better be prepared to defend that claim well. But people who are dishonest in one part of their life will tend to be dishonest in other aspects of their life. When she claimed she never got served, Phil Cannella asked the court for permission to conduct a forensic examination of her electronic devices to see if the email service was in fact received.

Liars will be liars. The fourth major success came when the forensic examination results came back showing that the defendant’s computer had been wiped clean of all data just a few weeks after the judge’s order was issued.

The fifth and for now last major success occurred when the judge found the defendant guilty of a failure to preserve evidence in defiance of the court’s order and instructed the defendant to pay Phil Cannella’s costs involved in the forensic examination and motion for sanctions which added up to close to $50,000.

In taking the legal stand that he did and expending the sums necessary to seek redress of this moral wrong, Phil Cannella stood firm to protect our First Amendment rights. We cannot let our society drop into a cesspool of hate where anyone can say anything they like regardless of the truth out of malice and hate. We have to protect the First Amendment from abuse. This is what Phil Cannella has done for all and has benefitted many by standing for these rights.

Fortunately we do not live in a debased society that on one end of the spectrum permits people to say willy-nilly what they like without respect to the truth of their statements even when they are calculated to destroy; nor do we live in a society at the other end of the spectrum that executes anyone for not toeing the party line.

Our society is built on a foundation of justice. We appreciate that we have our freedom of speech and we appreciate that the justice system also respects the rights of people not to be defamed through lies and hate. This is what Phil Cannella stood for in his fight to protect his rights.

Phil Cannella is a consumer advocate and I was angered when I heard about the defamation campaign against him that told nothing but lies. The Phil Cannella Lawsuit just shows how much Phil is willing to do to remain the people's advocate.

From the beginning, I was hoping justice would be served in the Phil Cannella Lawsuit. Congratulations to Phil!

Phil Cannella Lawsuit has taught me a lot about the Constitution. Slander is not protected. Phil Cannella deserves nothing but my praise!

The details of the Phil Cannella Lawsuit are really interesting and show the extent of these people's lies against Phil. Thanks for sharing!

Phil Cannella Lawsuit defends the truth, which is the principal that Phil Cannella lives by. All of those lies couldn't take down Phil!

Phil Cannella Lawsuit for FREEDOM seems like it was worth it for all man kind. Phil you have to stand up for rights.